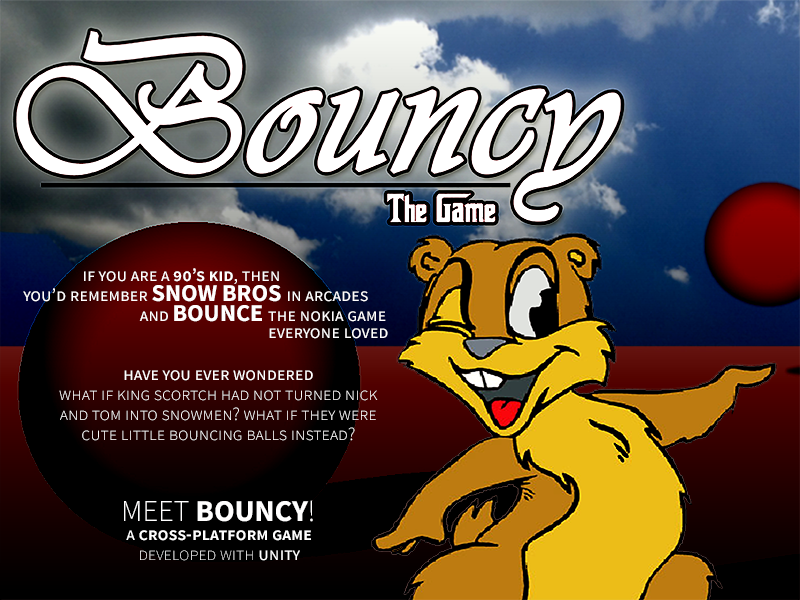 If you are a 90’s kid, then you would remember Snow Bros in arcades, and the Nokia game Bounce everyone loved. Have you ever wondered… What if King Scortch had not turned Nick and Tom into snowmen? What if they were cute little bouncing balls instead?

Meet Bouncy! A platform game with a Snow Bros-like gameplay, with one little difference: Your player is a red, bouncing ball instead of a snowman.

This game was developed with Unity Game Engine, and supports multiple platforms.

This page is maintained by saifkhichi96 on GitHub under the MIT License.

Is there a problem? You can submit an issue or help us improve this page.