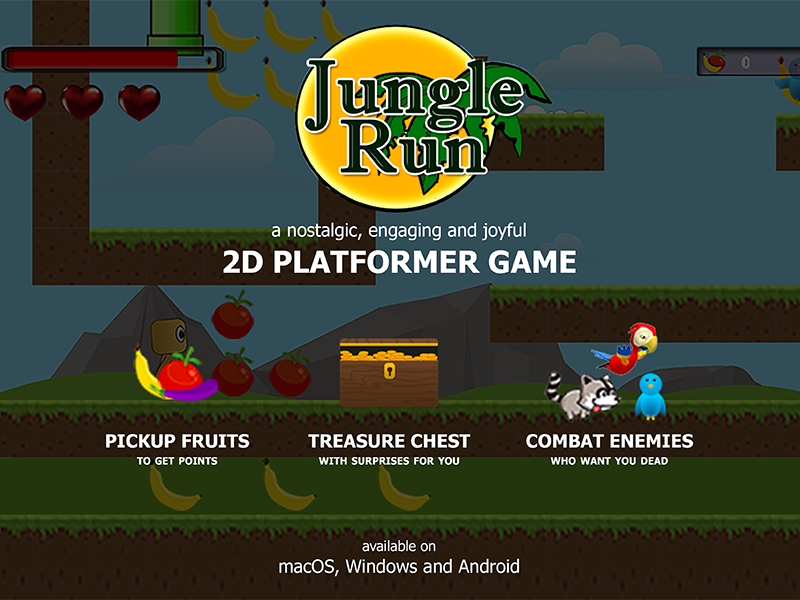 Jungle Run is a platformer game. Taking inspiration from the classic Super Mario game, the player has to collect a number of items in a 2D world, while encountering a number of enemies.

Originally written as a cross-platform Java application for desktop environments, with JavaFX used for creating GUIs.

An Android version is now under development.

This is a personal project.

Authentica is a signature verification system which allows banks to verify signatures on bank checks.

Cygnus is an online learning management system for smart schools, in shape of a mobile app, developed for a client in India.

Doodle is a simple paint application for Android, written in Java and Kotlin programming languages.

A collaborative tool for software management with focus on requirements engineering.

Tiled is a lightweight API for easily creating tilemaps in Android. It is useful for applications and games which need to display tile-based graphics.